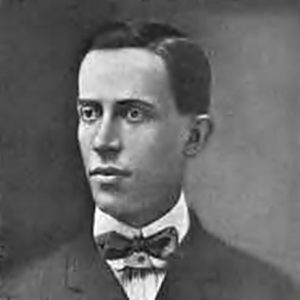 In Hartford, Gilbert studied art with Charles Noel Flagg, the founder of the Connecticut League of Art Students.

In 1892, he enrolled at the Art Students League of New York. After two years, he moved to Paris where he studied at the Academie Julien.

Returning from Paris, Gilbert settled in New York where he began his career as an illustrator of books, posters, calendars, and magazines.

His work was frequently published in leading magazines including Harper’s and Atlantic Monthly. He illustrated numerous books including The Age of Innocence by Edith Wharton. He also published collections of his own drawings.

Gilbert was an early contributor to animated films. In 1915-16, he worked with John R. Bray on the moving shadow plays, Silhouette Fantasies.

He invented and patented a form of motion pictures which combines live actors and animated drawings.

During World War I, Gilbert worked as a camouflage artist for the U. S. Shipping Board. He also illustrated posters for American wartime programs such as Liberty Bonds.

Gilbert is best known for the widely published drawing, All is Vanity.

The illustration, created in 1892 when he was 18, features a double image. When viewed up close, the drawing depicts a woman looking at herself in a mirror. From a distance, the image reveals a skull.

First published in 1902, the image is still a popular print.