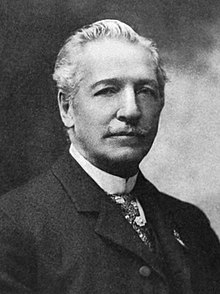 After his apprenticeship, he moved to Hartford to work as a toolmaker and die sinker at Colt’s Patent Firearms. Billings, who played the horn, answered Samuel Colt’s advertisement for workmen who could play in his Armory Band.

At Colt, Billings became the company’s expert on drop forging before moving on to work at the gun factories of E. Remington & Sons of New York. He returned to Hartford at the close of the Civil War, serving as superintendent of the Weed Sewing Machine Company for three years.

In 1869, he organized Billings & Spencer Company with Christopher M. Spencer. The company became a pioneer in drop forging, producing many tools from wrenches to tongs and pliers. It also manufactured drop forge equipment for other firms.

Billings & Spencer became the largest concern of its kind in the U. S. The plant grew to cover the better part of a city block at Russ and Lawrence Streets in Hartford. In 1915, it expanded and relocated to Laurel Street on the Park River.

Billings retired in 1917 and was succeeded by his son.