Advocate, Civil War Service, Writer
Back to all Notable Residents 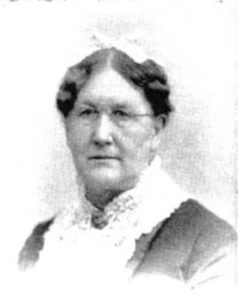 She was an industrious reader of history and poetry. In her teens she became a school teacher. She was very successful and was soon receiving a salary equal to that paid to male teachers.

In 1834, she married her first husband, Charles Peltier, a merchant. They lived in Michigan and had one son, Pierre. After Charles’ death, she returned home. She married Simri Collins in 1841. While living in upstate New York they had one son, Emmett Burke.

In 1848, at age 34, Collins attended the Women’s Rights Convention in Seneca Falls. The Convention ignited the women’s movement and Collins became an avid supporter. She organized what is believed to be the first woman suffrage society in the world in Bristol, New York.

The South Bristol Equal Suffrage Society was a group of women who exchanged and discussed ideas. They also petitioned the legislature on important matters. They sent the first petition for suffrage to the New York State Legislature.

In 1858, Collins and her family moved to Rochester, New York. There she continued to be active in the women’s suffrage movement. She also began writing newspaper articles in support of the cause.

During the Civil War, Collins served as a volunteer nurse in Martinsburg, Virginia.

Her son Pierre was a surgeon in the 126th NY and son E. Burke was a captain in the 21st NY Cavalry. When Burke was wounded in combat, Collins and Pierre went south to Martinsburg to tend to him.

Since Burke was too injured to be moved, they remained. There were only a handful of people, including Pierre and Collins, to look after more than 100 wounded men.

After the war, Collins moved to Louisiana. She continued to advocate for women’s right to vote. In 1879, she moved to Hartford to live with her son, Pierre Peltier.

In 1885, Collins collaborated with Frances Ellen Burr to organize the Hartford Equal Rights Club. Elected president, she served in this capacity until 1892. She was named honorary president for life.

She frequently spoke in front of the state legislature in support of petitions for women’s suffrage.