Business, Inventor
Back to all Notable Residents 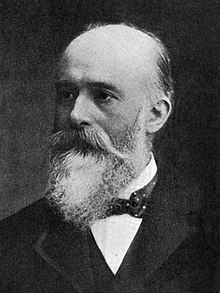 Born in England, George J. Capewell moved to the United States as a child. He went to work at the age of 15. He worked at Scoville in Waterbury and Cheshire Manufacturing Company. In 1870, he began manufacturing metal devices of his own invention.

In 1876, Capewell began working on an invention to produce horseshoe nails. Up to this point, blacksmiths had to form horseshoe nails by hand, one nail at a time. It took him four years to perfect his invention.

In 1881, he formed the Capewell Horsenail Company in Hartford. Between 1903 and 1912, the factory was at its most productive and prosperous.

World War I led to a labor shortage in factories across the country as men went to war. As a result, women filled open factory positions. Capewell Horsenail Company opened a free daycare at the factory. Capewell provided care, toys, and meals for workers’ children. The Company made headline news across the country for this move.