Athletics
Back to all Notable Residents 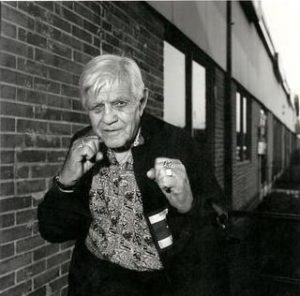 Giulio “Johnny Duke” Gallucci was a professional prizefighting boxer in the 1940s. He fought at Madison Square Garden twice and fought against such boxing legends as Joey Gambaro, Pat Doyle, Al “Bummy” Davis, Tony Riccio, and William Beltram. When he retired in 1948, Gallucci’s record was 64 wins and 15 losses.

After he left the ring, Gallucci trained amateur fighters for nearly four decades at the Charter Oak Gym and San Juan Center in Hartford. He worked with professionals such as Marlon Starling, Mike Oliver, and Lawrence Clay-Bey.

Gallucci, a Hartford legend, was inducted into the National Golden Gloves Hall of Fame and the Connecticut Boxing Hall of Fame.