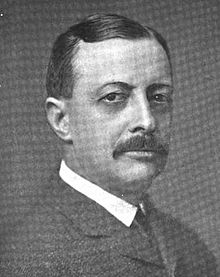 Born in New York, Henry Roberts graduated from Yale University (1878). He studied at Columbia University for one year and in 1879 earned a law degree from Yale Law School.

After practicing law for several years, Roberts entered into his father’s manufacturing business, the Hartford Woven Wire Mattress Company. He served as president from 1886 to 1907. He invested in several lucrative business transactions and served as director in various corporations.

In 1904, Roberts won the Republican gubernatorial nomination and was elected Governor of Connecticut. While serving as governor, legislation passed that banned bakeries from operating below ground level and a bill was launched that systematized the operation of automobiles. His administration fortified the public’s safety from private enterprises and public officials’ fraudulent practices. And jail sentences were administered for the failure of nonsupport of wives.

Roberts’ governorship ended in January 1907. He returned to his various business interests. He served as president of the Hartford Water Board and was a trustee of the Slater Industrial School in North Carolina.