Business, Civil War Service, Politics
Back to all Notable Residents 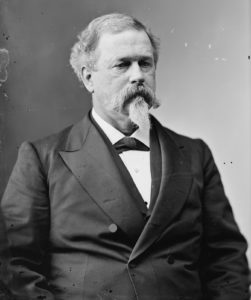 A graduate of Hamilton College, Joseph Hawley practiced law in Hartford. He later worked in the newspaper business, eventually purchasing the Hartford Courant, which he co-edited with Charles Dudley Warner. Under their leadership, the Courant became the most influential newspaper in Connecticut and was one of the leading Republican papers in the country.

Hawley enlisted in the Union Army as a Captain at the start of the Civil War. He served in 13 battles and as military governor of Wilmington, North Carolina. He mustered out of service as a Major General in 1866.

After the war, Hawley became active in politics, serving as Governor of Connecticut, U. S. Congressman, and U. S. Senator.


Battle of Olustee. Accessed at http://battleofolustee.org/hawley.html

Biographical Directory of the United States Congress. Accessed at http://bioguide.congress.gov/scripts/biodisplay.pl?index=H000377