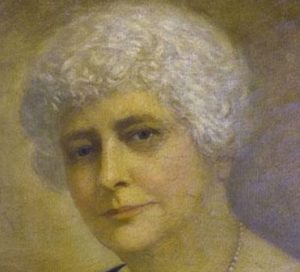 Mary Turner Hooker was born in Philadelphia, the daughter of former Hartford residents Dr. Charles & Julia Mather Turner. Educated at the Sanford School in Philadelphia, she moved to the Connecticut capital upon her marriage to Edward W. Hooker.

Upon the death of her husband in 1915, Hooker was named to complete his unexpired term on Hartford’s Board of Education. Three years later, she was elected to the Board in her own right, serving for nearly twenty years.

Hooker was the first woman legislator in the state of Connecticut. She was elected a representative from Hartford in 1921 and 1925. She was a noted philanthropist, supporting Hartford Hospital, Community Chest, YMCA, Salvation Army, and other charities.

The Mary Hooker Magnet School is named for her in recognition of her efforts in promoting education in Hartford.