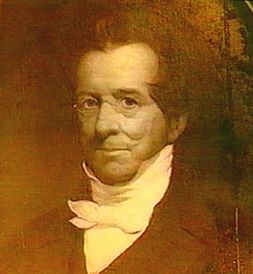 Thomas Hopkins Gallaudet is recognized as the father of deaf education in the United States.

He earned undergraduate and graduate degrees from Yale University. After graduating from Andover Theological Seminary, he became a minister.

American School for the Deaf

Gallaudet became interested in teaching the deaf when he met Alice Cogswell, the nine-year-old deaf daughter of his neighbor. He managed to teach Alice words by writing them with a stick in the dirt. With Alice’s father, Gallaudet traveled to Europe to learn more about teaching methods for the deaf.

In 1817, Gallaudet helped found the American Asylum for Deaf-Mutes. Now the American School for the Deaf, he served as its principal for many years. This was the first school in the country devoted to educating deaf children.