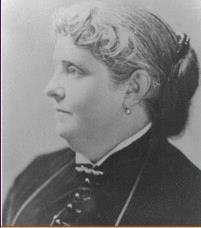 Virginia Thrall Smith was educated at the Suffield Institute, Hartford Female Seminary, and Mount Holyoke Seminary. In 1857, she married William B. Smith, a tailor and clothier. They lived in Hartford and had six children, three of whom died in infancy.

In 1876, at age 40, Smith was elected missionary by the City Missionary Society.

The Society, an organization sponsored by Hartford’s six Congregational churches, was designed to aid the poor through comfort, guidance, and resources. It did so by providing food and clothing to the needy. Smith expanded Society activities by establishing a loan system whereby people could obtain small loans to meet their most pressing needs regardless of their financial status. She also organized the Women’s Sewing Class and Reading Society, the Singing School for Girls, and the Boys Club.

Smith began to focus on assisting children, which was outside the original scope of the Society. In 1881, she started the first free kindergarten in the state. Although successful, the City Missionary Society was not large enough to continue to manage the program. As a result, the Free Kindergarten Association was formed to oversee this new schooling option. In 1885, the Association advocated for a law authorizing the establishment of kindergartens in the public schools throughout the state, which passed unanimously.

Connecticut State Board of Charities

In 1882, Smith was elected to the Connecticut State Board of Charities. She was responsible for visiting almshouses and poor farms. The conditions in which children lived at these places were deplorable. Smith lobbied the legislature to forbid the commitment of destitute children to such places.

The legislature passed an act (1883) requiring each county to establish appropriate temporary residences for dependent and neglected children. However, the act did not extend to children with permanent mental or physical disabilities.

During this time, Smith was also actively aiding unwed mothers. She helped them find homes and care during pregnancy. And then assisted in placing the babies in appropriate foster care until they could be adopted. Smith was criticized for encouraging immoral behavior and managing “baby farms.”

Ultimately, the attacks resulted in Smith resigning from the City Missionary Society. She became the director of the newly-formed Connecticut Children’s Aid Society (1892). Its mission was to provide homes for neglected and dependent children. Smith focused her efforts on establishing a home for “incurables.”

In 1895, Smith purchased a home in Wethersfield to care for ill and abandoned children. Not unlike today, people in the community were upset about the addition of this home in their community. In 1896, two attempts to establish similar homes in Plainville were voted down. In 1897, opponents of a similar home in Hartford argued that it was too close to the trolley line, and people riding the trolley would find the appearance of the children to be too painful.

In 1898, Smith identified a location in Newington that was approved by the town to meet the needs of dependent, sick, and incurable children. The property consisted of 56 acres and was a working farm. The staff and residents utilized the farms resources by growing all their own food, including vegetables, meats, eggs, and milk. By 1901, 41 children were living on the property and a second building was needed to accommodate the children. The institution later became the Newington Hospital for Crippled Children.

Donahue, Barbara. “They Called It ‘The Home for Incurables’.” Hog River Journal, Feb/Mar/Apr 2004.