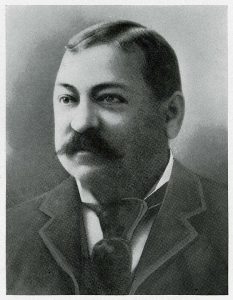 William Gray enjoyed tinkering at an early age. He apprenticed at a machine shop before working at Pratt & Whitney. While at Pratt & Whitney, he came up with several inventions which he patented. This included a belt shifter and an inflatable torso protector for baseball players.

When Gray had trouble finding a telephone to call a doctor for his ailing wife, he came up with the idea of a coin-operated public phone. He developed and sold the invention to Southern New England Telephone Company who installed the first pay telephone at a bank in Hartford, Connecticut in 1889. It was a “postpay” machine meaning coins were deposited after the call was placed.

The pay phone was such a success that Gray founded his own business – the Gray Telephone Pay Station Company. It operated from 1891 until 1948 when the company was acquired by Automatic Electric.


Answerbag.com. Who Made the First Pay Phone? Accessed at
http://www.answerbag.com/q_view/70548