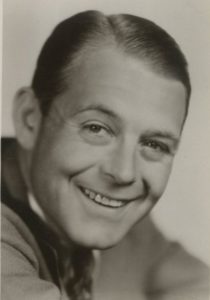 Robert Ames was a stage and silent screen actor who made the transition to talking motion pictures.

Born and raised in Hartford, Ames graduated from Henry Barnard School and Hartford Public High School. He began his theatrical career at Parsons in Hartford where he sold tickets at the box office. He later joined stock companies including Hunter-Bradford Players and the Municipal Players of Northampton.

During his New York stage career, Ames performed in various shows such as Come Out of the Kitchen (1916) and Seed of the Brute (1926). It is said famed director/producer Cecil B. DeMille liked his acting and gave him his first chance in silent motion pictures.

In 1927, Helene Lambert, a cabaret entertainer, sued Ames for $200,000 for breach of promise. Lambert claimed that he had promised to marry her after his divorce from his third wife was final. Instead, he eloped with New York society girl, Muriel Oakes.

Ames died at the age of 42 in the Delmonico Hotel in New York City. His death was ruled as being from delirium tremens caused by alcohol withdrawal.