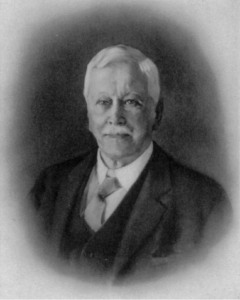 After earning his PhD from Yale (1873), Charles S. Hastings studied in Germany and France.

In 1876, he joined the newly-established Johns Hopkins University as an associate. Eight years later, he became Chair and Professor of Physics at Sheffield Scientific School at Yale.

Hastings was active in the fields of physics, astronomy, and applied optics. He collaborated with John A. Brashear on the optical design of large telescopes including the 72-inch reflector at Dominion Astrophysical Observatory and the 30-inch photographic refractor at Allegheny Observatory. His optical designs enabled much progress in astronomy at U. S. observatories.

In 1898, he co-authored A Text-Book of General Physics with Frederick E. Beach. He wrote two other books about optics, Light in 1901 and New Methods in Geometrical Optics in 1927.