Civil War Service, Ministry
Back to all Notable Residents 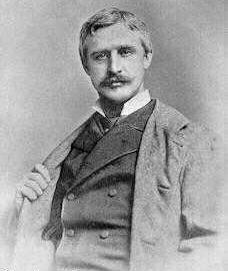 Joseph Twichell graduated from Yale University in 1859. He moved to New York to attend Union Theological Seminary. Before being ordained, the Civil War broke out. Twichell felt a calling to serve, thus, he enlisted as a chaplain.

Following his war service, Twichell finished seminary in Andover, Massachusetts. In 1865, he was installed as the first pastor at Asylum Hill Congregational Church in Hartford where he stayed for 47 years.

Twichell met Mark Twain in 1868. He became Twain’s constant companion and counselor, both in his daily and literary life. The pair’s adventures included walks to Talcott Tower and a trip to Bermuda. In 1878, a voyage to Germany and Switzerland became the basis for Twain’s A Tramp Abroad. The character Harris was based on Twichell.

In 1870, Twichell performed the marriage ceremony for Twain and his beloved Olivia. He officiated at the funerals of three of the couple’s four children. He returned from a trip to be at Suzy Clemens’ side when she died. He officiated at Olivia’s funeral in 1904 and, most painfully, at Twain’s in 1910.