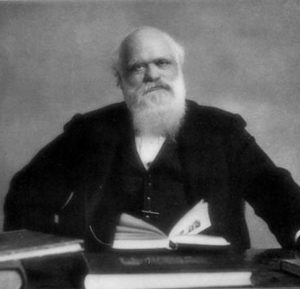 James G. Batterson, the son of a stone mason, was born in Bloomfield and spent his early years in New Preston. Circumstances did not allow him to attend college. Instead, he moved to Ithaca to be a printer’s apprentice. At the same time, he mastered the course of study prescribed in colleges.

At the end of his apprenticeship, Batterson moved back to Connecticut. He worked as a stonecutter in his father’s marble yard. He passed a year in the study of law, but circumstances again required he return to stonecutting.

In 1846, Batterson established himself in Hartford as proprietor of a stoneyard. He produced cemetery monuments and was an importer and dealer in stone. He was also a building contractor. After several name changes, the company became known as New England Granite Works. The business operated until 1926.

Batterson had stonecutting shops in both Hartford and Westerly. Batterson was also active in New York City, establishing a steam marble works there in 1860.

New England Granite Works was the leading supplier of stone for Civil War monuments. Examples include some of the largest memorials at Antietam and Gettysburg. Cedar Hill Cemetery and many other prominent American cemeteries also boast Batterson monuments.

In 1864, Batterson founded Travelers Insurance Company. He managed the company for more than a third of its first century.

To learn more about James Batterson, check out our Monumental Man video here.