Anthropologist, Business
Back to all Notable Residents 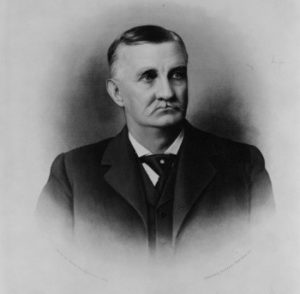 As a young man, James Jr., was an executive at Eagle Lock. When his father resigned, he was elected secretary and treasurer of the company. With the sudden death of the then acting president, all executive duties fell upon James. While he proved successful, his real passion was in archaeology and scientific research.

Eventually, James left the lock business. He took up anthropological research in search of prehistoric man. He devoted 25 years to investigation and study of the subject. In his search, James visited every one of the 45 states and territories at least once and many of them two or three times. He was often accompanied by his wife Elmira who, in fact, became the first female tourist to Alaska in 1882.

In 1891, James was named Curator of the Anthropological Department of the American Museum of Natural History. Due to a clash between him and the then president of the museum, James left the institution in 1894.