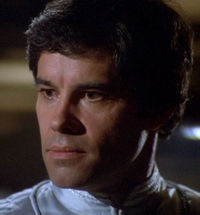 Ordained as an Episcopal Minister in 1959, his first assignment was as a curate at St. Andrews Church in Meriden. He later served in New York City and Kalamazoo, Michigan. In 1968 he moved to Chicago where he was the assistant at St. Edmund’s Church.

In 1972, he moved to Los Angeles and began acting under the name Nick Holt. He performed on stage, and had several minor television roles. He appeared in the TV movie Invasion from Inner Earth in 1974, and appeared in single episodes of Battlestar Galactica, Barney Miller, Starsky and Hutch, and The Next Step Beyond.

He died in LA on October 6, 1979 from injuries sustained in an accident.