Advocate, Ministry
Back to all Notable Residents 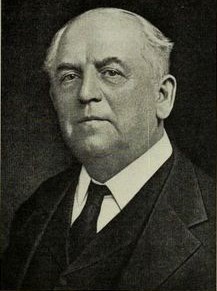 His interest in the ministry led him to study privately before entering Berkeley Divinity School at Middletown. He was ordained in 1863 and worked at several Episcopal churches in Connecticut.

Goodwin served on the Hartford Parks Commission for 30 years. He was a champion of green space with the slogan “More Parks for Hartford!” He envisioned the city being encircled by public parks.

Goodwin convinced several wealthy residents, including Charles Pond and Henry Keney, to donate either land or money to the cause, resulting in the establishment of numerous parks including Elizabeth and Keney Parks.

Hartford’s South Park opened to the public around 1900. The following year, the Parks Commission renamed it Goodwin Park in recognition of Goodwin’s service to the city. Today, Goodwin Park is comprised of 237 acres of land offering a playground, community pool, and public golf course.